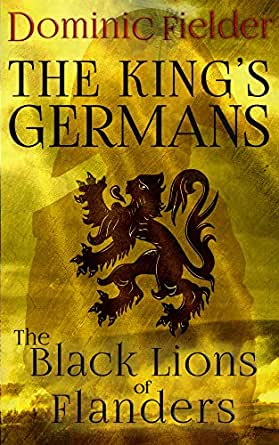 Jekyll and Hyde has been on the GCSE syllabus now for a few years. As much as I enjoy teaching about it, I find myself painfully aware of the brilliance of Robert Louis Stevenson’s prose and his rich vocabulary. Just occasionally I will try and slip ‘slatternly’ and ‘catholicity’ into everyday conversation but you must choose your moments! As the story reaches the final chapter, we at last read Jekyll’s account and begin to feel some sympathy for the man, a luxury never extended to Edward Hyde. Which made me think about the diet of war films and westerns that were my intake from early teenage years on. The enemy were faceless ranks who stumbled onto the screen, we felt nothing for them as they perished under a hail of bullets.

When it came to my turn at writing, this was something I wanted to try and avoid, or at least approach from a slightly different perspective. I knew that I would write a book with perspectives from at least three main characters but I wanted something more. The company and the battalion had to feel organic; soldiers come and go but the battalion remains! The Black Lions of Flanders was my first foray into writing for an audience. I knew that what I was trying was interesting but technically challenging.

To complicate matters, I knew I wanted to add inperspectives from those allied to the King’s Germans, British and Austrian story arcs. and those of the enemy, the French. I spent ages mapping a story arc onto a spreadsheet but when I actually sat down to write the words, something odd happened. I realised why Edward Hyde was denied his moment of explanation. I began to like my French characters. Some of the enemy would have made far better social company than the King’s Germans, who were supposed to be the ‘heroes’.

Mahieu is one of those characters. A loyal French soldier when no-one is certain about what loyalty means anymore. I was proud of that opening scene, it felt powerful and cinematic. Mahieu is doing nothing more than packing his worldly possessions into his back-pack but around this there is a story of the wife and family he is leaving behind, his years of service to the King, war in America and uncertainty of the days ahead. He wears the white uniform of the royal army, others around him wear the new blue of the republic. When Mahieu leaves to join the battalion, there is a patriotic rendition of the Marseilles. I imagined this sung with all the intensity that surrounds a six-nations rugby match in Paris when England are the opponents.

All that marks the passing of this man are the flakes of bark that fall from a bundle of twigs tied to the bottom of his pack. His table is vacant for a few seconds and the men who approach it and take up residence there, happen to be friends of Mahieu’s brother and another story arc unfolds. But Mahieu and the battalion he joins, the Black Lions, came to have a life of their own. It became clear that the story was not just of a national struggle but of the King’s Germans, particularly the 2nd Battalion, 10th Regiment against their nemesis, the 14th Nationals or the Black Lions to give them their unofficial title. The more I wrote about them, the more I enjoyed their story. The enemy was no longer faceless. One of my proof readers, one of the two Neils, said that he had a problem, he no longer knew who to cheer for.

I’m not sure if it’s the correct way to tell a story or even a too complex way of doing so. I just know that for me, having Sergeant Jean-Batiste Mahieu, Captain Davide and the Black Lions is as important as having Sebastian Krombach, Captain Werner Brandt, Erich von Bomm and all of the rest of the King’s Germans cast.

The enemy are no longer faceless. The two battalions came to blows at the end of the second book and there must be a final showdown of course. By then, I might have decided who I’m rooting for. I just hope that the reader hasn’t!

The King’s Germans is a project that has been many years in the making. Currently I manage to juggle writing and research around a crowded work and family life. The Black Lions of Flanders (set in 1793) is the first in the King’s Germans’ series, which will follow an array of characters through to the final book in Waterloo. The King of Dunkirk will soon be released and I hope that the response to that is as encouraging as the reviews of Black Lions have been.

While I’m self-published now, I have an excellent support team that help me to produce what I hope is a story with professional feel, and that readers would want to read more than once. My family back-ground is in paperback book sales, so I’m very keen to ensure that the paperback design is something that I would be proud to put on my bookshelf. I live just outside of Tavistock, Devon, where I enjoy walking on the moors and the occasional horse-riding excursion as both inspiration and relaxation.

From the Black Lions of Flanders:

The war-club had materialised out of the darkness. Had Mahieu not already been shifting his weight to load his musket, the blow would have killed him. Instead, the impact was oblique and the darkness of the American night disappeared into the darkness of dreams.  He felt Mohawk warriors rush past him; felt the crush of pine needles as he collided with the forest floor; heard the ragged musket volley.

Images of his life swam through his mind, each overlapping another.

The tree where the boys had made a swing; Donatienne, giving birth to their daughter; a long August night in sleepy Dunkirk. Visions collided together in impossible combinations while the scent of fresh pine filled his lungs.

The silence of dreams was shattered with an explosion of sounds.  He could hear voices that sounded familiar though he could not place a name to any of them. And the pain was back. The left side of his skull where the war-club had struck years before pulsated again with unbearable pressure. His fingers clawed into bare earth in torment. Pine needles dug into the skin, some sliding under finger-nails, piercing the soft nail-bed but even this new agony failed to draw the sting of anguish inside his head.

Jean-Batiste tried to open his eyes: only the right eye would respond. He looked up into the early morning sky. Clusters of lights, distant stars floating amongst the clouds, came slowly into focus. Tentatively he raised his left hand, along his chin and cheek towards his eye socket, finger tips feeling streaks of blood. The well of his eye socket had filled with a mixture of blood and pine needles. He tried to scoop the congealed mixture away when he heard a voice.

“Here, Sergeant, leave that to me.”

He thought he recognised the voice; one of the Grison boys, the smuggler’s sons. But those boys were striplings, ten years old at most.

He felt the jolt of ice-cold water against his face followed by the gentle motion of a cloth on his forehead, working downward into the orbits of his face.

Mahieu was awake. Alive but nothing made sense; just a searing pain in his head. Slowly, he blinked. Both eyes were open, functioning. He levered himself up and the man whose voice seemed familiar, helped the sergeant, propping him up by the base of a tree.

The woods were alive with movement. Small campfires crackled as resin-soaked wood burned, a rich golden light piercing the gloom. Another man that Mahieu recognised strode out of the darkness. The pressure in his head was back and concentration seemed impossible. The man knelt next to him put a water bottle to Mahieu’s lips and he drank freely, slaking a sudden thirst which felt unquenchable.

“Glad you are back with us, Sergeant.”

Captain Davide turned to the soldier who had been treating Mahieu. “Thank you, Fabian. Good work. We need this old war horse.”

Mahieu saw the Captain smile; the present time began to make sense; the Black Lions, Fabian Grison was a soldier now, not a boy.

“Any sign of the patrol, sir? Is Guilbert back yet? Grison asked trying not to show anxiety about the fate of his younger brother.

“Yes, just back. That’s what I came to tell you. We are leaving in the next half an hour. The camp fires will stay alight. Just carry essential equipment. If we move soon, we might just catch up with the army. Spread the word among the company while I talk to the sergeant
for a moment.”

Grison nodded and moved silently away.

“What happened to me?” Mahieu’s eyes followed the movement of Grison. “I remember him as a boy.” He looked at the Captain; more fragments of the previous day were resurfacing.

“The battery… did we protect it? My head… it’s bursting…”

Mahieu spoke a stream of short phrases, overcome by the latest rush of pressure which felt as if it was squeezing his head between a vice.

“Rest, my friend, rest,” Davide said. “We are alive and that is all that matters for now. Can you walk, do you think? The army has retreated. We are part of the rear-guard. The colonel has ordered our withdrawal now. It’s going to be hard going, I’m afraid. Our cavalry and
guns have buggered off sometime in the night. We are here on our own for the
moment.”

Davide was not surprised at his sergeant’s confusion. Had Mahieu not stumbled as the cuirassier aimed the killing stroke, the Frenchman would not have lived to be carried from the field of Neerwinden. Instead, the cavalryman’s sabre hilt had contacted with the left temple of Mahieu. The blow alone should have killed him but the sergeant had led a charmed life throughout the day and fate must have been protecting the veteran from Dunkirk.

In the confusion of the final moments of the battle, Dumouriez himself had ridden into the centre of the hollow square which the Black Lions had formed themselves into, as the Austrian cavalry stalked the battlefield in search of a beaten enemy to rout and kill. The skirmish line, of which Mahieu had been a part, was trying to protect the flank of a gun battery, in the act of limbering up and preparing to withdraw. Out of the smoke of battle, fresh cavalry charged the screen, severing the escape route back to the battalion and spearing the skirmishers back against the stricken guns. Dumouriez and the massed ranks of infantry could only watch on in horror. Mahieu had collapsed under one of the abandoned field guns. When the few survivors of the cavalry attack had returned to the safety of the square, the sergeant’s unconscious body was dragged to safety by the Grison brothers.

The battle had achieved nothing, at least nothing that Davide could fathom. The Black Lions had lost over two hundred men, dead or missing.

The army was beaten. 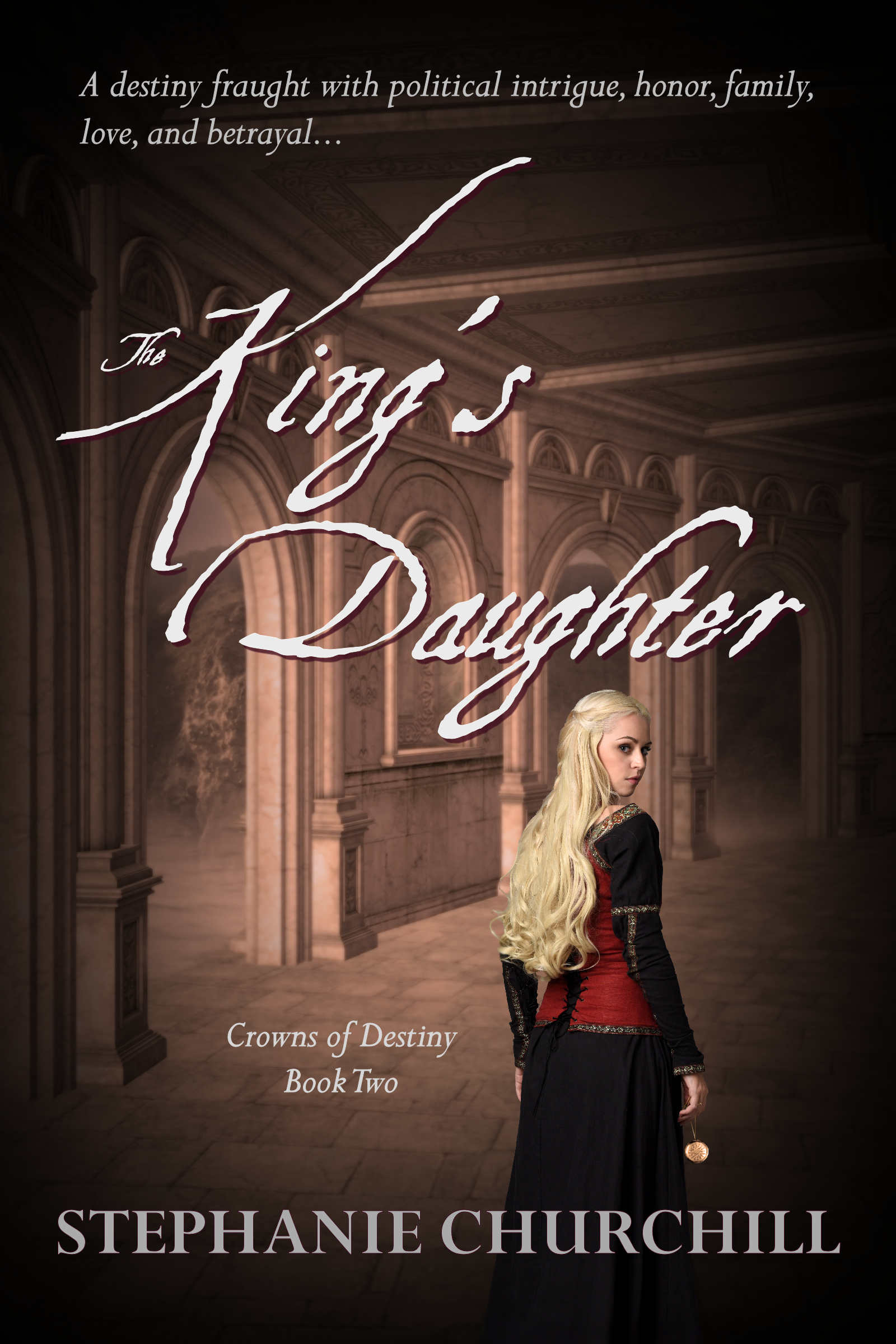